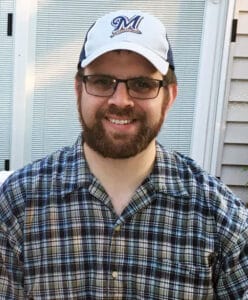 I’m a Wisconsin-based freelance writer and web designer. I’ve been writing since 2009 after graduating from University of Wisconsin-Oshkosh, and designing websites since 2011 since graduating Moraine Park Technical College.

Check out who else I’ve interviewed.

No Depression – The Texas Gentlemen Feature

Milwaukee Magazine – Milwaukee Connection to The Who Concert

Have questions or interested in working with me? Email me at joshmiller76 at gmail.com.