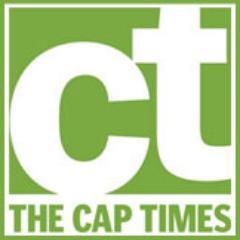 At the stroke of ‘Midnight,’ Grace Potter turns into a pop star

For the past 13 years, the singer-songwriter has made a name for herself playing with her Vermont-based band (fittingly named the Nocturnals) in venues big and small across the world. But despite the success and popularity of her band, Potter began to realize recently that she had untapped potential that could only be released as a solo artist.

“It wasn’t really a decision initially as much as it was an exploration into being honest with my fans,” says Potter.

Initially, she found herself having trouble knowing what kind of record she wanted to make. After about eight months of writing, she says she had an epiphany to go solo. She recently released her first solo album titled “Midnight,” and is coming to the Barrymore Theater, 2090 Atwood Ave. on Saturday for her first Madison show without the Nocturnals.

“It took me to a part of me that I’ve never expressed sonically. It’s definitely more of a pop sensibility,” she says. “But it’s not so much about pop music as it is an entire genre and style and way of feeling that I embodied. But with the Nocturnals it didn’t feel like the most honest labeling. It’s like slapping a sticker on an orange and calling it an apple.”

She realized that she should embrace her pop influences more and not hide from them. While there’s no denying the legacy she’s built with her band, she’s excited about this new chapter.

“I need to take account of my life as a musician and as an artist and recognize that this is a good spot to acknowledge that the Nocturnals are one of many extensions of me,” Potter says.

She says one of the first breaking points was in writing the song “Delirious.”

“There’s a sonic bridge that I cross with that song and especially in the second half. That second half is the unbridled kind of terror I was feeling in the moment of recognizing and releasing the fear of going pop,” she says. “With all intentions and every bit of my will I entered into that pop song because it made me happy and I thought it was a really fun song. I wanted to…[free] myself from all the parameters that I really allowed to be put around me for many years.”

Potter felt that Midnight was a fitting title in more than one way.

“I wanted the album title to reflect the time period in which most of the songs got written,” she says. “I also wanted to acknowledge that all of the good things I do tend to happen at the witching hour as it were. So this was my opportunity to make a record that sounds like it should be played after or at midnight.”

“It encompasses the mayhem and pain,” she continues. “There’s definitely a lot of lyrical reflective qualities to this record that are not all just dance pop, sun and lalala. There’s really heavy topics I cover on this record and I feel the midnight hour is both the funnest and most exciting and when the good stuff happens. But it’s also the loneliest hours that a human can live if they don’t have the person that they want.”

She says she’s grown more comfortable being a solo artist with time.

“I think I’ve always been comfortable in my own skin and have found a way to adjust to the environment around me,” Potter says. “But the difference with this is that I finally created that environment all by myself instead of arriving in it. I actually really did build this thing from the ground up…with the will to live and will to be inspired and the will as an artist to continue to grow.”

The past few months have seen many new doors open, including getting to play with the Rolling Stones and Kenny Chesney and sing the national anthem for NFL’s kickoff game. When she opened for the Rolling Stones, she got to hang out with the band and join them during their song “Gimme Shelter.”

“It’s beyond bucket list,” she says. “Because a bucket list is something that’s actually obtainable whereas putting that on my list was almost an impossible dream. But it happened.”